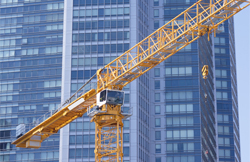 Mixed Signals Add Up to ‘Normal’

Costar Research Director Walter Page joined us on a recent #CRE show to cover the US office sector’s performance in the first quarter. He reported mixed signals: sales are excellent, but fundamentals are showing some slowdown.

There’s no doubt - demand for office is strong – as long as it’s high-quality space. Tenants no longer have the bargaining power of previous years, and may face sticker shock at renewal time.

There’s a marked ‘flight to quality,’ with companies are flocking to high-end space by wide margins. Over $8 million of 2014’s $12 million square feet net absorption was for Class A space. Blame some of that on reduced square footage per workstation: if you’re squeezing people into less space, it had better be nice space.

In the suburbs you’ll find good absorption, but not the rent growth. It’s the CBDs where the class A space is demanding higher rents. If you’re looking for a bargain you’ll need to head to the burbs.

About a third of markets now readily justify new construction: in the Tech and Energy businesses, in San Francisco, San Jose, and Houston.

Costar’s Repeat Sales Index (CCRPI) reveals the furious trading has slowed, 4.5% rate of increase nationwide, down from 7-8.0% a year ago.  We still see significant appreciation, but the crush of capital appears to be easing somewhat.

Yet Page predicts plenty of action from institutional investors:

“This is going to be the year of the big deal,” he declared, citing large deals late in 2014, which set new records.

For investors, the best opportunities in the office sector are in still in ‘fixing’ properties. Even if they seem expensive, there’s still opportunity in a desirable location.

“An example from last quarter, Blackstone sold a building in midtown Manhattan for near-record pricing: $1,800 sf. The buyer re-skinned and re-tenanted the building and has reaped great rewards.”

How hot is the demand for office space this year?  Bob Voyles and Randy Holmes lead up Seven Oaks, a firm that builds, leases and manages Class A office around the Southeast gave us the scoop.

This year there’s more interest in secondary markets, especially from foreign investors,” Voyles explained. “The gateways are perceived as priced out. Plus, Atlanta has it’s own tech boom, with Georgia Tech, state incentives and a lower cost of living, our region is steadily gaining good jobs.”

Is It Time to Build?

It is time to build. Despite the continued rise in construction costs, we’re pricing three projects. Why?

√ Demand is still rising for well-located properties in key submarkets.

In Atlanta we have two stadiums going up, plus all the condos and apartments. We’re competing for supplies, equipment and manpower. Concrete and steel are more costly than ever. So construction costs are up as much as 25% from the last time we built.

But, if a company wants to recruit and retain employees, if they want a desirable location, they will want top class space and they need to pay for it.

All Seven Oaks buildings are LEED certified; it’s essential these days for high-level tenants. And it helps everyone control costs. Cell and Wi-Fi systems must be accessible throughout a facility.  Great advances in HVAC monitoring systems increase efficiency and balance energy load.

What Tenants Should Know

Companies that found it easy to upgrade space a few years ago will have sticker shock at renewal time.

Around the country there’s a strong pressure on occupancy costs. When moving into new space, tenants are compressing office space per employee. You still have common areas including trendy ones like game rooms like ours at Bull Realty, but workstations are shrinking.

In the suburbs the demand is for more parking.  Buildings from 20 years ago had with 3 spaces per 1000 sf, now they want 5 per 1000 parking. That’s challenging on a retrofit.

Tenants may be surprised at renewal time – things are better for the landlord. Rents are heading north of 30 per sf, and leases are more demanding.

Mixed Use is a Mixed Bag

Customers love mixed use centers, and Seven Oaks is building them. But one of the most difficult things about mixed use is getting financing. Lenders and investors tend to be siloed in their own specialty.

“Leasing is maybe easier,” said Holmes. “If you’ve got a desirable location, tenants want a magnet, walkable, space where there is more going on. Millennials don’t want to be in greenfield environment, out in the suburbs.”

Medical office has key differences that set it apart from the general office. It takes longer to lease, the TI is more involved, and it’s a much smaller market with its own quirks.

In terms of market size, it’s a much smaller pie. In the trailing 12, medical accounted for $10 billion in sales while general office market was $130 billion. But it’s hot: 2014 came a little over $8 billion, a record. Q1 was a surprising $2.7 billion in sales, and it’s only expected to go up over the next decade.

Cap rates on medical office are slightly higher. On a national basis for properties over $5 million, 7.0% is average, compared to 6.7% for the general market.

Looking over the US office market, we’re seeing positive movement on almost all fronts. Just 6 months ago we didn’t expect much new construction, but now new properties are coming out of the ground.

Cap rates are expected to undergo a little more compression since capital raises among institutional buyers far exceed purchases.  Since there is plenty of cash out there, it’s a good time to sell.

Even the best properties won’t bring top dollar unless they are properly brought to market. Be sure to consult expert marketing support to maximize value.

Buyers, make sure to get your ‘feet on the street’ advice in the market where you’re buying. “I saw a purchase where everyone but the buyer knew the main tenant would be moving out.”

The US Office market is active, thriving and seems almost normal. Sales are soaring as cash continues to pour into the market, including foreign money. Secondary markets are looking more attractive, and tenants won’t find it as easy to upgrade as it was a few years ago.