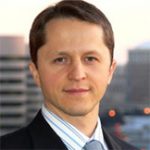 The National Association of Realtors recently released their 2017 Commercial Lending Tends Survey. I spoke with George Ratiu, Director Quantitative & Commercial Research with NAR, about the survey results and his opinions. While overall the U.S. investment sales volume is down by 16% year-over-year, on total volume of $826 billion, according to Real Capital Analytics (RCA), sales volume for secondary and tertiary markets is actually up.

Ratiu pointed out that the overall decrease in sales volume doesn’t necessarily apply the same way across the entire valuation spectrum. He likes to look at “large cap markets,” where transactions are generally aggregated at $2.5 million and higher vs. “small cap markets” where transactions are below that threshold. Commercial investments in large capitalization markets totaled $489 billion, representing an 11% drop from the prior year. However, if you look at smaller markets, “2016 had a very good trajectory,” and sales volume increased with each successive quarter in these markets. Q1 2017 was the first year-over-year quarterly decline when small cap sales volume dropped by a little over 4% percent. “So, the markets which have been diverging for the better part of 2016 seem to be converging at the beginning of 2017,” he said.

Ratiu said that there are two main factors impacting the sales volume changes. Primarily, “on the macro scale, a lot of commercial investors have essentially hit the pause button.” The other main factor is inventory. In some of the top markets there's been a shortage of inventory particularly in class A space, but even in small cap markets, inventory shortage has been a concern for over a year.

In addition to sales volume and inventory, it’s important to look at what is affecting lending trends in the current environment. We can’t ignore the regulatory changes that came in last year. In fact, the survey concluded that regulatory uncertainty for financial institutions is considered “the most relevant cause of bank capital shortage for CRE.” Ratiu said that this is certainly an issue and even more so in the small cap space.

One such regulation is Basel III, which requires banks to hold 150% of their loans made for commercial real estate, particularly the ADC loans (construction and development). Secondly, regulator scrutiny of banks’ balance sheets has added another layer of uncertainty. For example, Ratiu said many examiners are applying rules from the Dodd-Frank Act – rules which were designed for large institutions and large banks – to smaller banks such as local community and regional banks. Responses to the survey indicated that the fact that that regulators have been paying such close attention to commercial real estate alone is impacting investment volume, especially in the small cap markets.

However, it is important to note that the current administration has publicly expressed an interest in tapering some of the regulatory burden, but this hasn’t yet translated to the financial side in actual changes. The FDIC has recognized the fact that Dodd-Frank has placed undue burden, particularly on the smaller banking institutions, and they have also expressed a desire to work with these institutions to remove some of that burden.

Ratiu doesn’t expect any easing in underwriting standards to happen this year due to the other priorities on the administrative side. As for 2018, it largely depends on the economic level of economic activity both globally and in the U.S. and actual market conditions in the U.S. He pointed out that members have reported NOIs rising consistently over the past six to seven years on commercial property. So, while banks are feeling a little heat, there's not as much of a cashflow concern for investors.

Ratiu had some sage advice for anyone who may be getting a new loan, refinancing a commercial property or purchasing a new commercial acquisition today: take a very close look at your investment goals and broaden your search for funding. People traditionally go to banks, partly because it's an easy process, but there are several sources a lot of which are quite active and offer very competitive terms, like life insurance companies. The tradeoff is they prefer longer terms, like 10 or 15 years. However, in a rising interest rate environment, you're likely to get a much better rate. And just as importantly, depending on your timeline, you get predictability in terms of knowing what your debt service will be. And for investors that are active in smaller markets, the Small Business Administration has streamlined its lending process to make the two main programs - the 504C and the 7A- much more consumer friendly and faster.