Too Cool For School 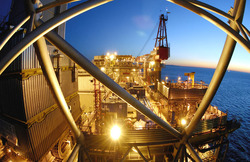 With steady demand and declining vacancy, the U.S. industrial market is seemingly immune to any type of global uncertainty. The industrial sector is like the cool kid on the block who doesn’t care what other people think and investors are taking heed.

“While some markets outperformed others, every metro across the country had positive rent growth for the quarter,” said economist Barbara Byrne Denham in REIS’ Q2 2016 Industrial First Glance report. Of the 48 metros nationwide tracked by REIS, three of the markets with the highest rent growth rates were in the Southeast: Nashville, Jacksonville and Tampa.

Flex/R&D and Warehouse/Distribution both saw a decline in vacancy rates due to net absorption exceeding new construction. Nationally, a total of 381 buildings totaling 53,240,578 SF were delivered to the market in Q2, with 224,783,268 SF still under construction at the end of the quarter, according to CoStar.

For Warehouse/Distribution net absorption improved in Q2 to 20.5 million SF. Year-to-date construction of 34.4 million SF is the same as the first half of 2015, according to REIS.

The average quoted asking rental rate for available Industrial space was $5.93 per SF at the end of Q2, reported CoStar. This is a 1.7% increase year-over-year.

Although the industrial sector seems to be in a league of its own, it is inherently tied to the national economy and thereby, trade, manufacturing and retail trends. While there have been concerns over some trends – for instance, some say the dollar’s rise has cut into exports – the worry is for naught.

REIS predicts that the likelihood of higher imports offsets any reduction in exports. Also, The Institute for Supply Management’s purchasing managers’ index (PMI) climbed to 53.2 in June, up from 51.8 in March. Any number above 50 indicates that economic activity in the manufacturing sector expanded. The PMI has expanded for four straight months.

In addition, retail and e-commerce statistics were both strong. The U.S. Census Bureau reported that advance estimates of U.S. retail and food services sales for July, adjusted for seasonal variation and holiday and trading-day differences, but not for price changes, were $457.7 billion, 2.3 % above July 2015. Retail e-commerce sales for Q2 were $97.3 billion, up 4.5% from Q1 2016.“The growth in e-commerce will reinforce the demand for warehouse and fulfillment center space as companies continue to improve their merchandise delivery options,” said Denham.

In short, the forecast indicates that the industrial sector is and will remain “too cool for school”.

In Atlanta, vacancy is down and rental rates are steady. Total year-to-date sales activity is up compared to 2015, according to CoStar.

“Called Norcross Springs, it consists of four buildings containing approximately 322,000 square feet and is currently 90 percent occupied by 21 tenants. Agellan said the acquisition complements its seven other properties in the Atlanta area, and the REIT expects to leverage its current relationships and knowledge of the Atlanta market to enhance the cash flow and value of the acquisition,” said David Allison.

Georgia also beat out 5 other states to become home of the first U.S. production plant for Adidas. At 74,000 SF, the $20 million "Speedfactory" is expected to deliver in Cherokee County by the end of 2017. “The park is in an Opportunity Zone, qualifying companies that locate there for a $3,500 tax credit per job created,” reported The Atlanta Business Chronicle.

The manufacturing industry looks good for Georgia. “In the last few years, Georgia has attracted better than $3 billion in new manufacturing investment. Georgia is well positioned to continue to attract manufacturing investment and growth, with abundant natural resources, competitively priced energy, world-class technical college and university systems, Quick Start, the busiest airport in America, and the fastest growing port in the United States in Savannah,” said Roy Bowen, President of the Georgia Association of Manufacturers in a Viewpoint for The Atlanta Business Chronicle.