Tenants: Don’t Leave That Lease in a Drawer 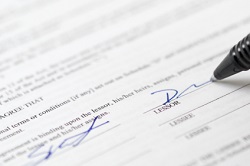 You may be wondering, “Who has the upper hand right now? Tenants or landlords?” Chodos says in downtown Chicago it's trending towards a landlord-favorable market and there is a lot of upward pressure on rents. With high rents come big concession packages and favorable lease clauses from landlords: such as $80 - $100 per SF TI (tenant improvement) allowances, rent abatement to cover lease pickups and lots of flexibility in the lease.

Besides striving to get the lowest rent possible and the highest TI allowance, Chodos said that the main theme of lease terms today important to tenants is flexibility around expansion, contraction rights, termination rights and layers of these things through the term of the lease. It's those flexibilities that are really opportunities for a business to re-strike a deal in the marketplace.

Termination rights are a fundamental deal point that you have to get through with a landlord. Even though they can affect value negatively from a landlord perspective, it’s all part of the upfront site selection process. And it’s important to introduce these concepts early during the RFP process and as you go through LOIs. Oftentimes, they will be pushed to year 7, 8 or 9 of a 15 year lease to give the landlord a reasonable breathing window. And many leases contain payback provisions that make the landlord essentially whole on their concessions that they would give on the lease. Termination rights aren’t necessarily easy for the tenant to exercise, but even if they have a heavy penalty, many tenants will opt to exercise them because of other business reasons. Keep in mind, even with the penalty, it still allows them to get out of five or six years of rent. Common reasons for a tenant to exercise termination rights include the business moving or being acquired or a division being sold off.

There's also some basic operational terms in leases that have become very important. For example, interruption of services is a very big issue today. With the total reliance on technology in the workplace, if the power goes down, you’re out of  business. So what happens when that happens?

“That's a big issue and we see landlords fighting us tooth and nail on interruption of services provisions. We tell them this lease rent stops if there's an interruption for any reason, including anything that you can't control, because it rides with the real estate. The risk of that should ride with the real estate, not with the tenants, and we get a lot of pushback from landlords,” said Chodos.

Ironically, lease expiration dates rarely drive what happens with the lease. Chodos recommends periodic checkups to keep the lease “marked to market.” Specifically, make sure you understand what the landlord’s capital stack looks like for the property, and your needs in the operation of the business.

His number one tip is to study your situation early and often. You may not act but always be prepared to act on the marketplace. 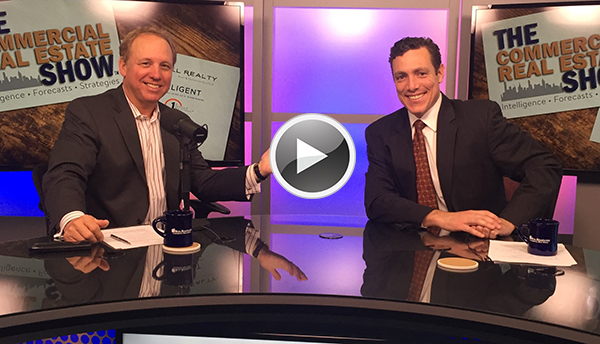 Real estate attorney Matt Sours has similar advice: “Plan ahead adequately.” There are a number of ways that planning ahead can impact things across your lease, from economics to legal issues.

Sometimes tenants don't realize how long the lease negotiation process can actually take. The time between a letter of intent being agreed on and a landlord and tenant actually executing a lease can take up to 6 months, so you’ve got to ensure that you have ample time to negotiate your lease, do your design and buildout, and actually move into your new space.

As office tenants, sometimes you are required to sign an estoppel certificate, which is a basically an agreement that says your lease is current, that the landlord doesn't owe you anything, that you’re current and essentially, verifies the lease.

While it's unusual that there is a clear error between the information contained in an estoppel and in the lease that will get past everybody who's reviewing the estoppel, if there is an inconsistency, the tenant may get stuck with what's in the estoppel. (If it's a smaller lease in a smaller estoppel it's more likely to get overlooked). So the tenant needs to be careful when they submit an estoppel to make sure they're not signing something that's incorrect or they could lose some rights they had in the lease.

4.      Careful with lease clauses from beginning to end

Other important lease clauses are lease and rent commencement provisions and how they tie-in with completion of landlord work, tenant buildout and rent commencement. “A lot of times they mysteriously don't align and a tenant can be in a situation where it's required to start paying rent before it's really able to use and occupy the space. That’s sort of fundamental but you'd be amazed how many times we see that in an initial lease draft,” said Sours.

Going from the beginning to the end of the lease, another important lease clause is the holdover provision. Sours said at least 75% of the time with new leases, he sees tenants who are facing holdover situations in their prior space because either things didn't go quite as planned or they didn't allocate enough time for the new lease and buildout. And that's problematic for two reasons. First, it's obviously not ideal to be paying what is typically 150% of rent last due, but secondly, and more importantly, it exposes tenants to other forms of liability, oftentimes consequential liability which can be significant.

A lot of tenants don't think about that on the front-end as they are really concentrated on moving in and getting a buildout. They’re excited about a space and the new relationship so they don't think about the backend and the implications that can have. So plan ahead to make sure you have sufficient time and think about exit strategies.

If you’re concerned about operating costs rising a few years down the road, there’s a workaround. Sometimes as a tenant, you get in and have an estimate of what the rent is going to be but most of these leases have rights where the landlord is passing along operating expenses through CAM.

Typically, an attorney can get a number of exclusions added to the operating expenses so there are items that the landlord can’t pass through to the tenant.

An example would be if there is a casualty and the landlord is reimbursed through insurance proceeds. With the right exclusion, the landlord can’t then pass through its expenses of restoration and repair to tenants.

Another common exclusion is capital improvements. Although this would be on a case-by-case, market-by-market basis, Sours said he tries to exclude capital improvements from operating expenses. “A lot of times where we will end up is they are amortized over their useful life, so the tenant then pays its allocable share to the extent that useful life falls within the term,” Sours said.

Another thing that often is problematic are assignments subletting provisions. Nobody knows what the future brings, but Sours said he tries to make these provisions broad so as to limit landlord approval rights. “The last thing you want to do as a tenant is be in a position where you have a merger or consolidation or some major capital event and you have to get your landlord to give consent.”

Some tenants don't realize what a great tenant rep and lawyer they have until years down the road. It’s important to work with experts who take time to understand the market and your business.

Chodos said it best: “Bring in an expert and let them help you assess it against the market and then if you see an opportunity that you can act upon, act upon it.”