For a 2015 wrap-up on the retail sector, I spoke with Jesse Tron, Vice President of ICSC. Overall, it was a solid holiday season but with some bifurcation. Total retail sales for Q4 2015 are estimated at $1.2 trillion nationwide, according to the U.S. Department of Commerce.

The sporting good and toy sector, (led by toy

s), also did well, which is typical of the holiday season. Another area of strength included the home furnishings and home supply categories. Tron attributes this to a DIY mentality and more importantly, the improving housing market. “People are seeing more value in home prices, which makes them feel like they can put money back in and reinvest in those homes,” said Tron. “The S&P/Case-Shiller index of property values increased 5.7 percent from December 2014,” reported The Charlotte Observer.

Areas of weakness included electronics. Specifically, smart phones didn’t do as well as anticipated. Wearables, TVs, and tablets did better but Tron said electronics was “a bit off” overall. Another category that was affected by some larger factors, like weather, was seasonal apparel. Tron attributes the poor performance of this product type to the unseasonably warm weather pattern throughout holiday season. “It was almost 70 degrees on Christmas Day in NYC, which is kind of unheard of,” he said.

An “underlying strength that has yet to be considered or reported” is the trend we’ve seen over recent holiday seasons towards increased gift card expenditures. In 2015, 20% of holiday gift giving was in the form of gift cards. Not only are more consumers choosing gift cards, but these sales don’t get recognized in the traditional November/December holiday period since generally a retailer doesn’t realize that gain on their books until the consumer redeems the gift card. Most consumers are redeeming gift cards in January but 43% of people said they would redeem in February or later. Another boon to retailers is the incremental sales potential. Gift cards get customers in the store and more often than not people spend more than the gift card amount.

Online sales did well, which is “no surprise”. Retail e-commerce sales for the fourth quarter of 2015, adjusted for seasonal variation but not for price changes, was $89.1 billion, according to the U.S. Department of Commerce. This section is seeing great percent increase numbers but Tron said it’s important to remember that e-commerce is in the nascent stages compared to brick and mortar sales. E-commerce sales in the fourth quarter of 2015 accounted for 7.5 percent of total retail sales.

The competing story of bricks vs. clicks has been replaced with the idea of convergence this holiday season. Everyone’s buzzing about Omni channel and smart retailers are trying to make it a “bricks and clicks” strategy. There has been a fundamental shift in how the consumer shops and they are really using both in-store and online avenues, said Tron. Digital channels heavily inform how a consumer goes to the store and makes a purchase. Smart retailers understand that better digital channels drives more purchases in-store and are finding the right mix and strategy.

Also of note, this holiday season nearly 1/3 of consumers (32%) participated in “click and collect shopping”—when a consumers makes a purchase online and picks up in store. And gift cards aren’t the only path to incremental sales. 76% of people said they bought something else when they went to pick up that original purchase. Click and collect is another great way to gain incremental sales. 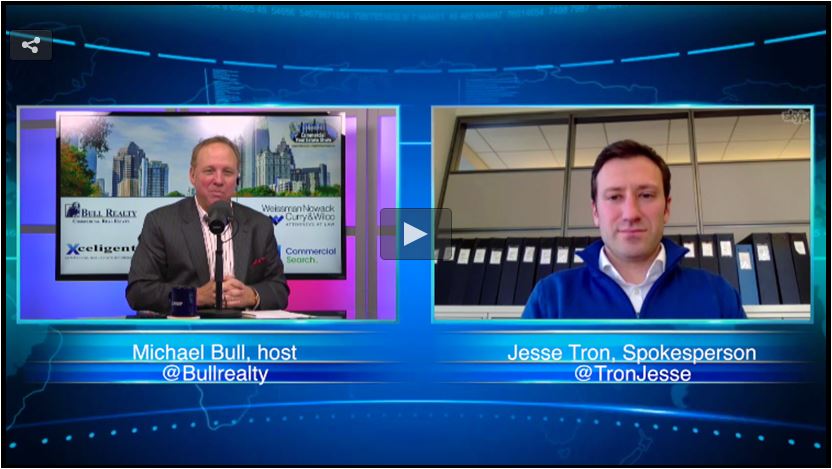 A quick tip for retailers to improve performance is to “perfect the Omni channel process.” And this can go both ways. We’ve seen “online only” retailers opening up stores and retailers that started as brick and mortar figuring out ways to enhance digital plays to get people to the store.

We can’t talk retail and retail real estate without acknowledging the recent rash of store closings. Specifically, Macy’s, J.C. Penney, Walmart, and Gap have announced 2016 closings. Tron said this doesn’t necessarily correlate with online and is just “par for the course” since 50% of closures happen in the 1st quarter. Tron said if you were seeing a large store closing count in 3rd and 4th quarter, then that’s when you should be concerned.

For retailers, at the end of the day, these types of closings are an opportunity to enhance their tenant mix. For example, the fast fashion category is booming, selling at the low price point. Examples of fast fashion retailers that are snapping up large amounts of space are H&M, Zara, TopShop and Primark (which doesn’t even sell online).

As far as shopping centers go, Tron says there is expansion in non-traditional categories as well. There have been increases in healthcare tenants, as well as increases in food, dining, entertainment, and health clubs. These type of successful eclectic tenant mixes are something we wouldn’t have seen 15 years ago.