The reality of retail may be more stable than it seems. Recently, on America’s Commercial Real Estate Show, REIS economist Barbara Denham, said their numbers actually defy what the media has been saying about retail. 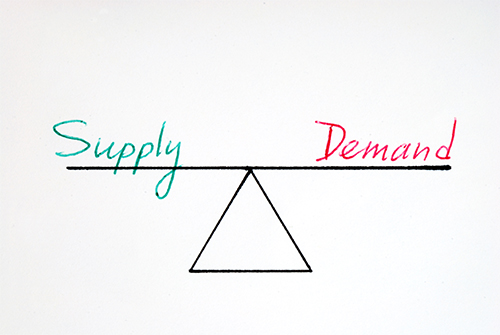 While the national vacancy rate is flat, and some stores are closing, net absorption was positive every quarter in 2017. Tepid new construction, on par with less net absorption in this cycle overall, (compared to previous cycles), has resulted in what Denham calls “tremendous balance” in the retail market.

Asking rents are low but still positive, increasing 0.5% in Q4 to $20.85 per SF. The effective rent also increased 0.5%. Asking and effective rent growths have increased 1.8% and 1.9% respectively in the past 12 months. Mall rents increased 0.4% in the quarter and 1.5% over the year, according to REIS’ Q4 2017 Preliminary Retail Trends report.

Denham also pointed out that overall statistics may seem “low” because they blend strong markets with weak ones. This echoes the trend we discussed on the Bull Realty blog at year-end 2016, Certain Metros Fare Well in Retail Recovery to End 2016.

But with retail, we must look beyond the numbers and positively performing metros. The changing landscape of retail isn’t obvious from statistics alone. REIS goes as far as to say that “retail real estate statistics camouflage the changes in the retail sector.”

The main theme of retail today is the new era of tenants. “There is retail demand – it’s just changed,” said Denham on the show. Out with the big box retailers like Kmart and Sears, and in with the new such as specialty grocery stores and gyms. (In fact, Kmart was the retailer that experienced the most closings in Q4, impacting “more than a dozen metros,” according to REIS.) According to a recent report from Morningstar Credit Ratings, LLC, Food Fight – Traditional Grocery Stores Should Benefit From Growing E-Commerce, (whose title alone is compelling): “As the landscape shifts…expects more industry consolidation, with large format stores getting bigger and small-format stores becoming more specialized.

When it comes to individual metros, Atlanta is one of the strong ones. “Demand for retail in Atlanta continues to be strong and it is easy to understand why. Job creation has outpaced the national average since 2012 and Atlanta has added the fourth most households out of any metro in the country during the last five years,” according to CoStar, further predicting that Atlanta retail will continue to be in a better position than the country as a whole. Atlanta remains in the Top 5 markets for annual job gains with 56,000 jobs added in the past 12 months, said Axiometrics.

For the retail sector, there are things to be worried about and things to be hopeful about, said Denham. At Bull Realty, we would go as far as to say when it comes to retail, for everything there is to worry about, there is something to be optimistic about, especially in Atlanta.