With the retail sector, we need to accept that this recovery isn’t going to look like recoveries past since not only have the rules of retail changed, the whole game has changed.

“With the rise of e-commerce and relatively new retail subtypes making the marketplace more competitive, neighborhood and community centers face the likely possibility that over the longer term, higher vacancy rates and lower rent growth are a structural and not cyclical phenomenon,” said Ryan Severino in REIS’ Q2 Retail Preliminary Trends report.

REIS reported that nationally, neighborhood and community center vacancy declined by 10 basis points to 9.9% in Q2 and retail mall vacancy increased by 10 basis points to 7.9%. While this isn’t a substantial change in either direction, the numbers do show what has been the case for some time now: “the two major subsectors of retail are generally trending in opposite directions.” 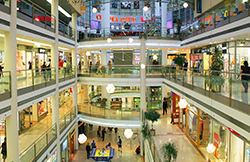 Even within the mall subsector, there is a divide between the Class A malls, the so-called “outperformers coming out of the recession” and everything else. “The rift between winners and losers at the property level will widen out over time. Increasingly this looks like a permanent feature of the market,” said Severino.

“The default by the second-biggest U.S. mall owner may be a harbinger of trouble nationwide as a wave of debt from the last decade’s borrowing binge comes due for shopping centers,” reported The National Real Estate Investor in June. Approximately $47.5 billion of loans backed by retail properties are set to mature over the next 18 months, according to data from Bank of America Merrill Lynch.

Although the market has been recovering since the third quarter of 2011, vacancy has compressed by just 110 basis points during that period.

Asking and effective rents for neighborhood and community shopping centers grew by 0.4% and 0.5% respectively during the second quarter. Although this is technically a slight decline from recent quarters, rental growth rates have not fluctuated much over the last couple of years. Over the last 12 months, asking and effective rents grew by 2.0% and 2.1% respectively. Regional mall asking rents rose by 0.5%, the twenty-first straight quarter of positive rent growth.

“Although the market is slowly improving, there is little hope for a rapid increase in construction volumes. The market lacks the appetite and enthusiasm for that risk in the current environment; this is highly unlikely to change before the next recession.”

Despite the inherent changes of the retail sector, economic indicators remain positive. The Conference Board Consumer Confidence Index® improved in June and now stands at 98.0, up from 92.4 in May.

In June 2016, 287,000 jobs were added which is the highest monthly rate since October 2015 according to the U.S. Bureau of Labor Statistics and the unemployment rate ended at 4.9%, down from 10% at the height of the recession.

For neighborhood and community centers, Atlanta ranked number 12 for effective rent growth in Q2 with an 8% increase to an average effective rent of $15.83 per SF and the vacancy is down 100 basis points year-over-year to 11.6%, reported REIS. Overall vacancy for the retail sector in Atlanta was 6.8%, reported CoStar.

Atlanta certainly doesn’t have any shortage of mixed-use developments. The well-known 1.1 million SF mixed-use development, Avalon, just sold for an undisclosed amount to PGIM Real Estate, reported The Atlanta Business Chronicle. The company also is set to purchase Phase 2 of Avalon, which is currently under construction and will include 90,000 SF of Class-A retail and 276 luxury apartment units. Completion is scheduled for mid-2017.

Avalon also happens to be in the news for other reasons reflective of the ever-changing nature of retail. Apparently even commercial real estate is not immune to the Pokemon Go game. BisNow reported that Atlanta area retailers and mixed-use developments like Avalon are noticing some unusual activity as a result of the "overnight phenomenon" that is the Pokemon Go game. Avalon has even started giving rides to Pokestop via golf cart.

The Southside of Atlanta could be getting its own Avalon. Whole Town Solutions’ “Pinewood Forrest" just broke ground in Fayetteville. The development should transform 234 acres into a “mixed-use utopia,” according to Curbed. The plans include 1,200 residences, office, hotel, and retail space.