On a recent Commercial Real Estate Show, I spoke with Ryan Severino, Senior Economist at REIS, as well as Mitch Roschelle and Amy Olson of PwC. We discussed forecast on rents, occupancy, construction, demand, cap rates, impact of rising interest rates, and the factors expected to impact industrial tenants and properties. 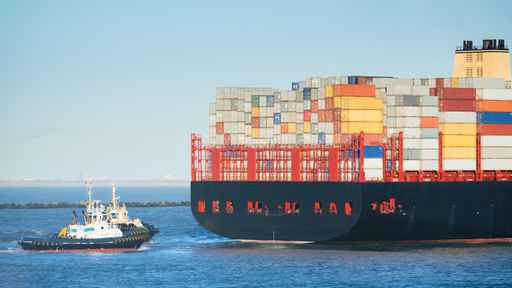 “Year-to-date, the performance in the sector has been solid”, according to Severino. “Overall, we’re still seeing vacancy rates decline, rents are going up and even though construction is increasing as well, we still see demand outpacing the supply growth. So all the major indicators are really trending in the right direction and there is a lot of strength across the industrial market these days.”

So many corners of the market are performing so well, (especially for a sector known for variation among subtypes). “Overall the high tide is really raising all of the ships at this point,” he said.

While vacancy isn’t quite as low as pre-recession levels, Severino said we are definitely in a healthy environment and heading for a strong environment in the near future.

Although, Severino points out that good deals can be had in the 5 to 6% range (at least a 100 basis point spread over where we’re seeing national deals).

*The 2015 numbers for sales volume and construction would both be post-recession highs.

For warehouse/distribution, vacancy is expected to continue to fall another 150 basis points over the next 4 years. Rents are expected to grow over that interval at a 2 to 3% per annum case as vacancy falls over that forecast horizon.

For flex/R&D, vacancy is expected to fall over 200 basis points or so over the next four years with rents also growing a little bit faster than on the warehouse distribution side in the 2-3.5% range.

“I think there's so much demand out there that even with construction increasing we expect to see vacancy rates continue to decline over the next 4-5 years,” said Severino.

Severino also expects cap rates to continue to head lower. “I think that we are in a world that's chasing yield, that chasing good deals, and I think industrial offers a compelling investment thesis right now. So I would expect it to remain a strong capital markets environment for industrial for at least the next 2 to 3 years or so.”

The strength of the industrial market isn’t as simple as where we are in the cycle. There have been several plot twists for the sector since the pre-recession days.

“If you want to talk about capital flows as it relates to industrial the interesting thing is how industrial has been legitimized in the marketplace,” said Roschelle. “I think it was deemed pre-financial crisis to be the least sexy of all real estate sub asset classes. It didn’t really have an institutional following so it really wasn't legitimized. So if you look at the trajectory of cap rates, cap rate compression and the amount of capital chasing it, all of a sudden it’s been legitimized.”

“It’s not office, it’s not retail, it’s not hotel; but investors are not stupid. They know good opportunities when they see them and I would say in industrial these days there's a pretty good opportunity out there,” said Severino. (Roschelle agreed that since industrial has been legitimized it's going to be as durable as office in the eyes of investors).

Severino said that demand is up, not just for individual deals, but especially portfolio deals if you can get your hands on one, and “across the board—domestic buyers, foreign buyers, everyone is on board—if they can get the scale sufficient to meet their needs.”

“I usually try not to be too hyperbolic about things but, boy,industrial is hot right now and, in some respects, in ways we've never seen before, especially when you think about foreign money that's been targeting industrial.”

Arguably, the biggest driver for demand in the industrial sector is retail. As we approach the holiday season and trends surrounding millennial shopping, Roschelle says retail has become primarily an online story. “Think about the end consumer of an online purchase and how does that purchase get to the end customer quickly? That’s what’s going to drive demand for industrial,” he said.

Roschelle said, “It’s funny that we’re talking about the retail asset class on the show about industrial but I think the two are interconnected…,” also citing that the location of warehouses has changed dramatically.

The industrial story has also had even more recent revisions. “For most of this recovery, we had larger properties leading the charge, especially e-commerce tenants like Amazon. But that trend has started to change over the last 12 to 18 months. Now we’re seeing even smaller properties participating in this rally, said Severino. “There are opportunities in smaller buildings that are well-positioned.”

“The sentiment around commercial real estate investment in the prospects of profitability are as strong as they’ve been in a long time, maybe as strong as they’ve been in the last 10 years.” Roschelle says, “Ironically the sentiment was exactly the same in 2006, but the fundamentals are totally different than they are today.”In 2006, we were building new commercial real estate at a rate of about 3% of outstanding inventory at the time. Today we’re doing it at around 1% nationally.

“There are markets that are creating no new supply. Demand is rising everywhere as the economy continues to slowly recover…demand is not satisfied by supply, so that's a good problem to have.”

All of the guests agreed that the concern over rising interest rates is a little overblown, but the timing is key. Roschelle points to the aforementioned difference in fundamentals between now and 2006: “Could the commercial real estate market handle a 50-100 basis point rate increase? Absolutely. Because we were doing more in commercial real estate development and investment when rates were 400 basis points higher than they are today. It's not artificial. The fundamentals are strong, the economic growth is there, the job growth is there, the retail sales are there. All of the metrics that are important for the real estate economy are actually there. It’s just a matter of people looking at low rates and taking advantage of it."

“What you find when you look at the data is that cap rates and values tend to correlate better with market fundamentals and kind of the overall economy than the pure interest rate level,” said Severino. “Interest rates tend to rise when the economy is doing better, and when the economy is doing better, fundamentals tend to be doing better and any rational investor is going to pay more for a building with growing NOIs than one with flat or declining NOI. So I think the key is the timing and the magnitude.”

The Emerging Trends in Real Estate 2016, jointly published by PwC and the Urban Land Institute, measures both sentiment and expectation of rate rises.The report found that everybody in the real estate industry expects rates to rise and they feel strong about sentiment, an indicator that industry experts don’t fear impending interest rate hikes.

Essentially, even as rates rise it will still be a relatively favorable investment environment.