The US office market was on a steady upswing last year, but what should we expect in 2015 and beyond? First, let’s get right to the numbers. Walter Page, Costar’s Director of Research dropped by with good news.

“Last year and 2015 will go down as the best years in this cycle,” he said.  “Last quarter 2014 was exceptional. We hit 33 million square feet net absorption for office nationwide, and 91 million for the year.  That's an amazing 40% percent increase from the previous year.” 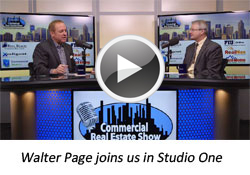 a modest pace but steadily increased in activity, resulting in 3.7% rent growth overall, up from 3.1% the previous year.  Vacancy fell to 11.3%, a 70 basis point decline, and the largest of this cycle. And while completion activity wasn’t stellar, we saw new construction of 107 million square feet, over 30% percent gain. And office sales volume rose more than any other sector last year.

In sum, office had a great year in 2014 and all indicators point to an excellent year ahead.

What about various property classes? Here in Atlanta, class A properties move really well, but some lesser quality stock is struggling. How are different property classes performing around the country?

“Lets be frank,” said Page. “Tenants want ‘nice’ space: 4- to 5-star, or class A. The demand for high-end space is easily double the demand for ‘not-so-nice’ space.”

“But that doesn’t always translate to low vacancy for class A. Occupancy will vary with the amount of new construction, which tends to be higher-end. New space gets leased up first, which creates higher vacancy rates for the class.

Employment growth continues to strengthen. How is that affecting the CBD office market compared to suburban properties?

With consistent gains over 200,000 new jobs per month, economic growth is clearly impacting the office market. Demand has been quite strong in CBDs with public transportation infrastructure like Boston, New York, Washington, Chicago or San Francisco. That’s where tenants are moving downtown from the suburbs. They have tight vacancy numbers and strong net absorption.

Markets like Atlanta, Phoenix, and Dallas don’t have that urban infrastructure, and the CBD's can’t ask the rent premiums, so it’s more of a level playing field. Suburban Houston did really well last year, with over 4.7 million square feet of net absorption, a very significant number for that market.

The drop in oil prices is clearly going to have a negative impact on Houston, Oklahoma City and New Orleans. But we don’t necessarily see as big an impact on other markets with an energy presence, like Dallas or Denver. For most markets, it's actually a big benefit, because $2 dollar gas is real money in the pockets of consumers and businesses.

Other factors are helping sustain the office market’s performance, including:

The shadow supply of vacant space has largely been absorbed in most markets.

The phenomenon of the shrinking worker footprint is over. Space per job, which declined by 15% percent over the last twelve years, has stabilized. Companies like Yahoo want people in the office now, and more traditional firms prefer a private office layout for productivity, recruiting and retention purposes.

As tenants have renewed, many have needed to expand.

Office sales volume is strong, just over $100 billion in 2014, up about 5% percent. We’re looking at activity comparable to 2006 and 2007 levels. Clearly capital is flowing into office real estate, and office sales rose more than any other sector in 2014.

What’s attracting investors? Is it lack of new construction? Job growth?  According to Page, office is a smart late-cycle play. With longer lease terms than other property types, investors perceive more upside and stability in professional rents and occupancy.

Cap rates have been very stable on a national basis. However, when you look closely there is some compression, but it’s occurring in the secondary and tertiary markets. Primary markets like New York and San Francisco were ‘priced to perfection.’

“On average, the cap rate for a San Francisco or New York institutional buy was in the fives,” Page noted. “We’ve seen big value increases in the secondary markets like Atlanta, Philadelphia, and Phoenix. You can still get 7% cap rate on an institutional property.  We’re looking for that spread to narrow this year, so secondary markets are a good buy.” 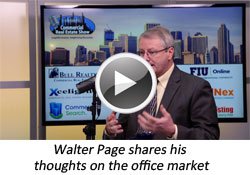 Costar’s Repeat Sales Index (CCRPI), thought to be the most accurate measure of CRE prices, reached a milestone in 2014:  for the nationwide average, sales prices are back to 2007 numbers. Of course, this varies greatly by market; San Francisco prices are 50% - 70% percent over the 2007 numbers. In markets where housing was severely distressed they’re still below 2007 levels.  Over the past year repeat sales increased by 5% percent.  In 2013 it was 13% percent.  This tells us that cap rate compression has eased in recent quarters.

We are seeing a trend among investors, actively seeking tired buildings with an upgrade plan: re-skinning, remodeling lobbies and lavatories. With declining vacancy rates and a demand for quality, they’re finding it quite rewarding upon exit, realizing excellent prices.

Will Interest get Interesting?

While there’s been a concern about an uptick in interest rates, the decline in oil prices and the 10-year treasury futures market really indicate we are entering a long-term low interest rate pattern.  Those ten-year futures say that we’re not going above 3% in the next 3-4 years.

That indicates the market will be quite stable, and Page quipped: “cap rates should be boring.” I had to laugh, because in the broker business, that kind of boring is anything but dull! Low interest rates and plenty of capital mean plenty of business.  And Walter heartily agreed.

“Volume should continue to be very strong. Recently CalPERS (California Public Employees Retirement System) announced they're going to stop investing in hedge funds and put that money into more real estate. In fact, they are expected to invest an additional 27% in CRE. They already have billions in real estate, and they’re adding billions more. That adds up to real money.”

Foreign investment is expected to get stronger. Relative to the world, we’re a bargain with good returns and stable prospects. This year we’ll continue to see plenty of overseas investment action.

I wanted to know how much unemployment rates and job gains correlate to activity in the office market, so I asked James Cook, National Director of Analytics with Xceligent®, for his opinion.

“Traditionally, employment is what drives office demand and absorption,” said Cook. “And right now we’re ‘partying like its 1999!’  The jobs picture hasn’t been this good since then; we saw more jobs added in 2014 than in any year since then.” 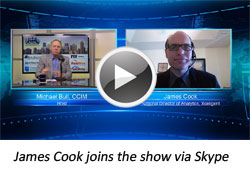 Unemployment is down nationally to 5.6%, and we’re finally seeing big gains in ‘Professional & Business Services’ jobs. Not all jobs are created equal; earlier job growth didn’t create the demand for office use that we want to see.

A few examples include Minneapolis, where unemployment is about 3%, but office vacancy was 15.2% at the end of 2014. It’s a strong market, with half a million sf absorption in Q4, but if those jobs were proportionately office-using, we’d expect vacancy more in the 8-10% range.

In Columbus, OH, where unemployment is a remarkable 3.7% they have 13.3% office vacancy. Looking at the jobs created there, ‘Professional & Business Services’ employment is not so hot, and the biggest gains are in the ‘Trade, Transportation & Utilities’ category– retail, wholesale, warehousing, and transportation.

At the macro-economic level we love all jobs, but when we’re talking about office we specifically need office-using jobs. We’re hopeful we’re seeing the beginning of a big bump for these workers in 2015.

What’s Coming Out of the Ground?

Unless you’re in the hot markets, construction has been constrained. Demand is there, vacancy is falling, but cost of construction rising has made it difficult to justify new buildings. Rents will have to rise before new office is readily cost effective.

According to Costar’s Walter Page, there’s no doubt that improved fundamentals are driving some new construction activity. But it’s a market-by-market story, with only about one-third of major markets are participating.

“If a market experienced significant rent growth, like San Jose or San Francisco (where office rents are up 60%) that’s where you’re seeing building activity, says Page.

“For contrast, Atlanta, Florida, even Phoenix and parts of Southern California haven’t seen significant building, not yet. However, 2014’s construction level of 107 million square feet is comparable to the long-term average of 122 million square feet, so it's pretty close to ‘normal.’”

Xceligent® conducts broker surveys across the country, quarterly and by sector. What are they hearing about office from their broker boards?

“We ask every quarter for their 6 month market outlook,” Cook replied. “From our quarterly broker surveys, the office boards gave us the keywords ‘steady’ and ‘active’ for 2014, while 2013’s keywords were ‘steady’ and ‘slow,’ so that should give you a clue.”

When polled about office rents, the response was: ‘market will be moving at a good pace.’ But Cook noted that brokers are optimistic by nature, and advised, with a smile, that we take that with a grain of salt.

Polls show that sales activity is strong over the last 6 months; with 42% responding ‘sales are starting to heat up’ and 48% ‘sales remained about the same.’

“We’re watching these numbers approach each other, and they will cross,” Cook said. “There’s a lot of activity, and it’s a good time to consider selling, while interest rates are low.”

“While things are getting better for landlords, there’s also more work to do, landing high-quality tenants. You want to work with motivated landlord leasing brokers, who will be proactive to search for and secure good tenants. Oftentimes we see landlord reps, both in-house and third party, slow to respond and seemingly unmotivated to get deals done. 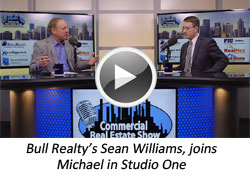 One option we have seen increase landlord results is to engage a sales oriented third party landlord leasing broker with the normal contingency commission, but also offer a monthly retainer in return for required proactive marketing, follow up and reporting.

Sean noted that tenants can be surprised when they find out we’re now in more of a landlords market. “Two years ago in Atlanta, for example, office vacancy was 18%. Now it’s 13% and falling, so there’s much more competition for great space, there’s no need for landlords to offer a lot of concessions. Tenants aren’t finding as a good a deal as they once were.”

“Tenants, you need to start shopping at least a year before your lease ends. It really helps to engage a professional tenant rep, someone who does this every day for a living. Leave enough time to get the job done and be sure to have a good lawyer on your team as well.”

Sounds like good advice for anyone looking to lease office space this year. It looks like we are all going to be busy!