Industrial is the Sexy Sector

Rene Circ, Director of Research at CoStar Group gave us the midyear numbers for the Industrial sector, and they’re looking pretty good. It seems that the ‘sexy sector’ is keeping up the pace, leading all the other sectors in rent growth and even sales volume. Turning in unprecedented rent growth numbers near 6.0% annual, I’d say that the sector is doing at least ‘very well’ if not ‘exceptionally well.’ Circ notes. An economy doing well, but not too well, has kept supply in check, and driven tenants’ options. Vacancy for logistics building is about 8.2%, down 20 bps in Q2, nearing a historic 1990 low. Light industrial vacancies are down to sub 5.0%, crazy low numbers. During the downturn, smaller buildings suffered disproportionally, and their recovery was very slow. Now small business is strong, creating a resurgence in demand that’s leading the light industrial market. When Small business is leasing space, that’s a great indicator for the US economy. Flex space, combined office-warehouse, isn’t doing as well. Overall flex is the most vulnerable, still under-performing.

Circ believes the jury is still out. Some manufacturing is coming back, but technically we are still losing manufacturing jobs. Not so much production, but definitely jobs. We are seeing jobs coming back from Asia to Mexico, and that drives some demand in Texas.

San Francisco, East Bay, and Orange County are showing the strongest rent growth. Denver’s new industry is smoking’ hot, and Atlanta is going strong. With car production at 17.5 million units this year, Detroit is doing well, but capital is still not flowing there.

Industrial is leading the way, 1st half of this year compared to last up 40%, $20 billion per Q in sales, unbelievable action, large portfolio sales are helping, as institutional buyers are getting in the game. These are $4-5-8 billion portfolios. If you haven’t yet, look at small to midsize industrial properties. Circ says get into the light industrial game; pricing has come up to pre-downturn levels. Lack of new construction, especially by merchant developers, leaves a shortage of modern product for sale.

Cap rates remain at all-time lows and are expected to continue compressing. Triple B bonds, even predicted interest rate hikes can be absorbed, unless they leap up over 150 bps. Demand from foreign investors is increasing, primarily with German and Norwegian investors. Middle Eastern and Asian buyers still prefer gateway office, but are getting more interested in industrial. “Foreign buyers don’t take connecting flights,” said Circ. Spain and Italy have lower interest rates, so there’s money flowing from there and that will continue.

East bay, 4.0 Inland empire 4.0 Dallas pricing is comparable to California, which is a concern. Potential overbuilding. 5% caps these days are not unreasonable for institutional product. The national average is around 7.0%. There isn’t a lot of quality product to buy, Circ said he would rather buy B product in an A market. 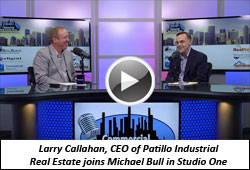 For an owners perspective, I turned to Larry Callahan of Pattillo Industrial Real Estate, a major owner, builder and developer of industrial properties. Callahan confirmed that new supply is tight and demand is hot. In fact they are building speculative buildings in many markets. "We’re actively pursuing new markets, in regions where population is growing faster than 2%," said Callahan. “That may not sound like a lot,” notes Callahan, “but when national growth is less than 1% per year, this is moving much faster than the national average.” The downturn brought building to a halt. For a while there was no need to build new supply. Callahan reports we’ve reached the threshold where building begins to make sense. Rent rates are up, occupancy is up, and earnings are up. More average sized buildings are coming out of the ground. By average we mean around 45,000 square feet, about the size of a football field. More recent trends have featured the mega distribution facility.  Since 2008 about 500 huge industrial buildings have gone up in the U.S., about half of them built for Amazon.  The average industrial building since 2005 has been 200k sf and even larger. Now the numbers justify new construction for more modestly scaled business.

Ports of All Sorts 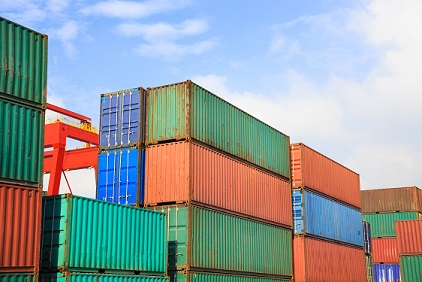 Patillo is building in seaports, airports, and inland ports. An inland port is a rail hub where intermodal shipping containers are transferred from rail to truck. These were developed to make use of affordable land further inland from the coast. Consumer demand for quick and same-day delivery is changing distribution, and therefore impacting industrial real estate. What used to be retail activity is now happening in an industrial building. It’s a major contributor to the activity in the sector. The interaction between retail locations and industrial facilities is rapidly evolving. Understanding omni channel distribution is essential to maximize the potential of local retail and its warehouse. “There’s a premium for being close to the city, but in some cases distressed retail, like old malls, are being knocked down and replaced with ecommerce industrial building, and it’s a great solution,” said Callahan.

We’ve experienced a long, slow recovery, which has built a steady base of solid growth. That growth has now spread to small and local business, the tenants for industrial property. "Recessions are about misallocations of resources," continued Callahan. "Overbuilding commercial real estate wasn’t the cause of the financial collapse. We’re starting to build again for the first time in years, product that the market is demanding." Good times can last longer than a couple years; we’re not about to fall off a cliff. This is one of the most appealing places in the world. Money wants to come to work in the United States. “We’re building on spec and the buildings are leased or sold before they’re completed. We’re not witnessing the most spectacular growth rates we’ve ever seen,” admitted Callahan, “but that actually is a good thing: if we supply just enough to meet demand, that works pretty well for everyone.”