Ernst & Young Outlook: Don’t Listen to the Ghost of Cycle’s Past

Ernst & Young (EY) recently published their annual forecast, Global Market Outlook 2016. I had the pleasure of speaking with two of their partners: Mark Grinis, the real estate private equity practice leader and Tom Brown, with the real estate hospitality practice.

While the outlook is a comprehensive analysis of the global real estate market, first and foremost, I had to go back to basics and ask, “Where we are in the cycle?”

Some people are a little concerned that we’ve been in the expansion part of the cycle for too long and we are headed toward another recession. Grinis said that this concern is based on generalizations. “History isn’t the same.” He said it kind of rhymes, and some attributes are similar but that, “this real estate cycle is different because our business cycle is different. We’ve been in a slow growth environment.”

The takeaway is that this recovery has been a healthy one with slow growth and a lack of new supply. Brown agreed saying that the way the market has come back—slowly—has allowed people to be disciplined and there hasn’t been a lot of overbuilding. Grinis said we are so conditioned to think if it's year six or year seven, we are in trouble, but Brown points out that if you look at NCREIF’s benchmark index it’s typically been longer than 6-7 years before you hit a period of negative growth and is more often in the double digits.

For those who are concerned about bubble pricing, Grinis said he believes that any bubble pricing has been influenced by the Federal Reserve driving down interest rates and creating capital to flood to many asset classes, which includes real estate. “Real estate's, quite frankly, been incredibly attractive at the yield spread of what you get on real estate versus the U.S. Treasury.” But pricing created by the Federal Reserve isn’t bubble pricing in its truest sense and is different than cycle’s past.

Brown doesn’t think we are in a bubble at all. The fundamentals continue to be positive and we are still seeing rent growth. He points to the office and hospitality sectors as examples. Even though in the office market you have differing uses for office, you’re still seeing an increase in rent rates and high demand and that's creating good NOI growth. “Hospitality is the same. The sector has been benefiting from some great market economics and occupancies are still up so the demand is still there.” He also points out that secondary markets are benefitting from low cap rates and high values in the CBDs.

The impact of rising rates? 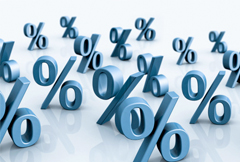 Both of my guests weren’t concerned that rising interest rates will significantly impact commercial real estate values since the rate hikes are small and interest rates aren’t expected to rise too quickly. EY expects only a couple of rate hikes this year. And, the U.S. is still clearly the destination of capital. We are pretty much the only market that's really seeing rising interest rates and is fighting upstream against countries like China and Europe and other countries that are easing.

Where are we on New Supply?

As far as new supply goes, we are not building as much, which most likely is due to demand growing slowly. There clearly are markets that are hot, but a lot of the places where we are seeing cranes are the places where there is strength in the job market so there is demand.

So if you’re a tenant, expect rates to continue to increase when you look for a new space. In Atlanta, tenants are renewing leases and the rents in some submarkets are 20% higher than what they saw when they signed their last lease.

But Grinis says there is a limit to how many people are going to sustain those significant rate hikes and people are going to be driven into secondary B locations. Eventually you will run out of those tenants willing to pay the super-premium prices and you'll have a push that will send others out into alternate locations that are more affordable.

Does the lack of new supply have an impact on the investment property values? Will the lack of new supply keep pricing up and cap rates low? Brown says definitely because the pricing is based on what the demand is for the space and this is how you can drive your rents up but you also will see NOI growth, Brown thinks that this will sustain the values and keep the pricing in check.

It’s not as simple as supply and demand anymore. Let’s get sector-specific.

Grinis said we tend to focus on the supply and demand dynamic but it is probably just as important to note that in every single asset class there’s usually some form of disruption that's taking place.

For retail, we all know about e-commerce. “It is absolutely growing rapidly, it isn’t hollowing out all retail but it's hollowing out some retail and there certainly have been sacrifices”, said Grinis.

“I think just as important as looking at the supply and demand is really the fundamentals underlying and what is this e-commerce type world doing to each particular property type.”

Brown also mentions industrial is one sector that is growing faster than it has historically. As e-commerce continues and products continue to need to be housed in warehouses and shipped off to people, industrial and logistics is going to be the one place where we see growth faster than historical because there's a demand there.

For the office sector, it’s the concept of ‘the office of the future’ where the old rule of thumb of 250 SF per employee is out and now some tenants use 80 and 100 SF per employee. “If it truly was a same-store basis, you would need half as much real estate,” he said.

For multifamily, there’s the dynamic of moving into city centers. Grinis thinks at some point residential single family homes will reemerge.

One of the demand features for valuation is the flow of money. And in 2015, there was even more foreign investment in the U.S. than 2014.

Are we still going to see this real flow of capital into the U.S.? “I mean, there is an absolute staggering amount of foreign capital, certainly going to some of the key city centers. There is also another element of foreign capital - it's going into the funds as major sovereigns and major foreign pension funds and we talked a little about FIRPTA and taxes as well. There are factors that are driving capital into U.S. real estate and I really don't see that abating too much, said Griffin.

The Foreign Investment in Real Property Act of 1980 (FIRPTA) was revised in December. Brown sums it up as a “little bit of relaxing as to how much foreign investors can own in domestic REITS” and it’s one of the few rules that’s positive for investment. As that money is available, and as you know a lot of REITs are currently trading at a discount to their net asset value which makes them a pretty good buy, I think we will continue to see that capital come in.

2016 is a good time to sell. If you are thinking you might want to sell in the next 4 or 5 years, it surely looks good to do it now.

Is job growth going to increase or stay stable and how might that impact real estate?

There’s all the upstream and downstream effects of housing and I really see that being an important addition to stimulate continued strong job growth, he said.

Will the housing market continue to improve? Probably not in the traditional sense. 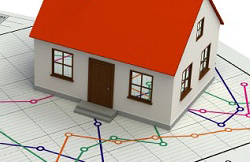 The apartment industry tracks tenants moving out and in past times they would lose a lot to people buying homes and they haven't really lost a lot of those people the last few years. Some speculate that the millennials will eventually start their own households in the suburbs. But we have even seen the opposite occur like empty-nesters coming back into town and starting to take advantage of the walkability and restaurants. Grinis said there are so many different downtowns across the country that were unlivable and are now very attractive places to live, that he doesn’t necessarily see the pendulum swinging back to the suburbs.

As far as opportunities in this market go, always make sure you have a good set of advisors. Tax structuring, accounting reporting and brokerage are all extremely important and very complex and navigating different rules and regulations is complicated, so don't try to do it on your own.

Also, don’t overlook the importance of technology. In this day and age, there is too much disruption taking place in the marketplace to not accept technology. Whether you're using it to use space more efficiently, or making your back office more efficient, or using it to leverage how to outsource certain pieces of your business to different service centers, embracing technology allows you to focus on your most important resource: your people, and ultimately to generate more profits.