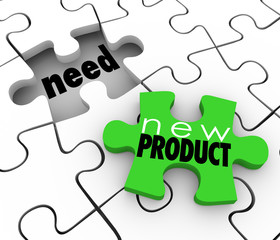 The deluge of new supply has finally had an ever-so-slight impact on multifamily vacancy rates. The national vacancy rate increased 10 basis points for the second quarter in a row to 4.5%, a 30-basis point increase year-over-year, according to REIS’ Q4 2017 Preliminary Apartment Trends report.

“With supply growth outstripping demand, vacancies were pushed upwards this quarter,” said Victor Calanog in the REIS report. Fifty of the seventy-nine metros REIS surveys saw an increase in vacancy.

Keep in mind, a slight increase in vacancy was to be expected after all this time. The minimal increase of 20 basis points over the last half of 2017 is in line with REIS’ prediction that there will not be a spike in vacancy rates.

For the year, asking rents increased 3.9% and effective rents increased 3.3%. In a recent report, RealPage’s chief economist, Greg Willett said that while apartment rent growth pace has slowed compared to the breakneck pace of 2015, “it’s the longevity of the current cycle that’s so impressive.”

In Q4 2017, the average asking rent grew 0.4% and effective rents, (which net out landlord concessions), grew 0.3%. The minimal disparity between asking and effective rents is an indicator that landlord concessions are “less aggressive – implying that demand remains relatively robust,” according to REIS. Essentially, demand isn’t going anywhere. The national average asking rent is $1,364.

Specifically, since mortgage interest deductions are now capped at $750,000, the standard deduction for joint filers has been doubled and the property tax deduction is going to be capped at $10,000, some say that the tax incentives of buying a home aren’t there anymore. (A full review of the bill can be found on this Bull Realty blog post.)

Roschelle has a “contrarian view” that is keeping with the demand theme. He said since we are forming households at a greater rate than we’re adding to supply, for both single family and multifamily, that there are 3.5 million individuals with “pent-up demand to really drive the market.”

And let’s not forget that jobs are also a driving force for multifamily. The U.S. economy added 148,000 jobs in December, the 87th consecutive monthly gain, according to the U.S. Bureau of Labor Statistics (BLS). “The unemployment rate remained at 4.1% for the third straight month and was 60 basis points (bps) lower than December 2016’s rate,” reported Axiometrics.

Atlanta also ranks among top markets for most planned multifamily units and number of units under construction. The metro is 7th in the nation for most planned multifamily units with 8,691 planned units. “There are 24,276 units under construction currently—the 5th highest amount in the nation,” according to The National Real Estate Investor.

Nationally, REIS predicts that even if supply levels continue to increase, continued positive job growth in 2018 alone will maintain a steady demand for new apartments.

The heyday may be over but multifamily still has solid fundamentals overall and demand will keep the multifamily market in check.